It's that time of year when you can cut back most shrubs and also move them if the weather is not too cold. It will allow them to have time to settle and be ready to start growing come the spring. 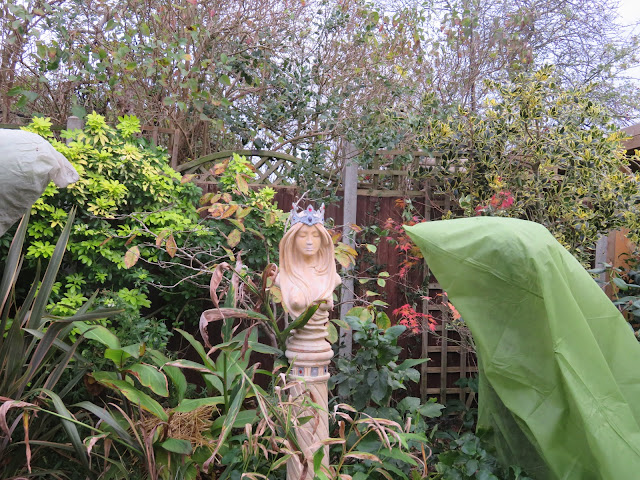 In this section, Paul's cut a branch off the small acer that was starting to cover the tree fern, under it's winter cover  in the photo above, which will give the tree fern more room next year. 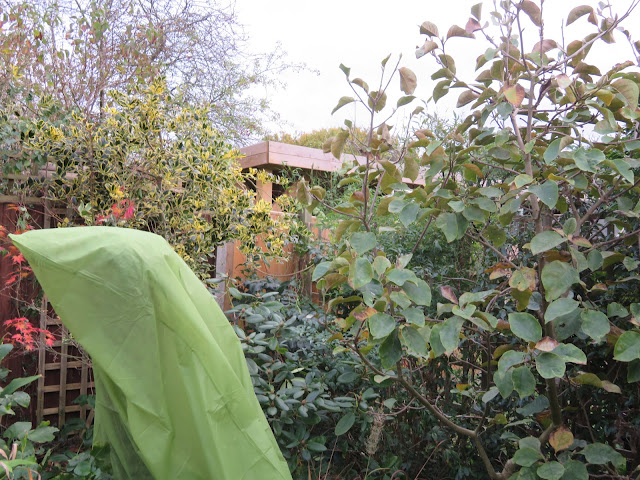 He's also cut back a rambling rose, called the rambling rector, that's been taking over at the back of this border, so much so, that once it was cut right back, we found the lovely yellow holly bush hidden under most of it! A couple of other big shrubs to the right in this area were also cut back, to allow more light to reach the smaller shrubs. 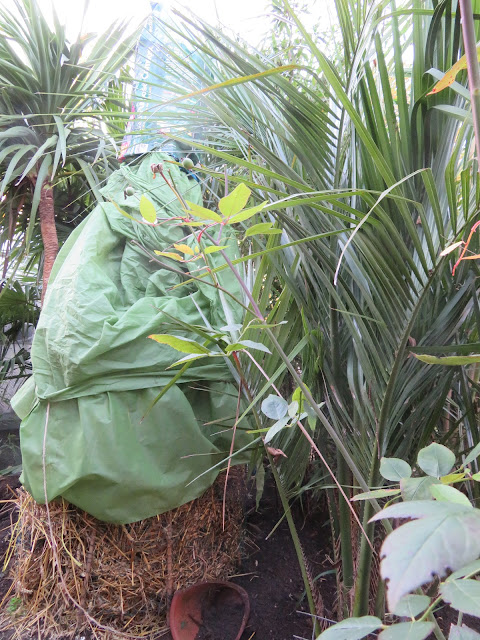 The banana's been wrapped for the winter. 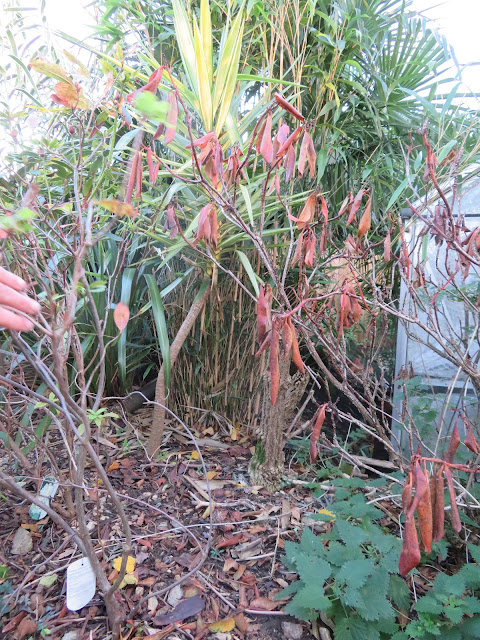 He also split and moved some black bamboo and planted one piece back into the raised garden. The other two piece's we'll probably sell. This is the edge of the raised bed by the path, which we will be trying to replace the side of over the next week or so. The black bamboo was in the corner of this area near where the dog's standing, so by removing and splitting it, it will be easier to put in the new boarding to support the earth, in that area.

We've also cut back roses etc, it's a busy time in the garden for getting it ready for bed!

Dee
Mother married to a lovely man, we have three adult daughters and one granddaughter and one grandson. My interests are my family followed by my house and garden, writing stories, my dolls, arts and crafts buildings, the national trust and many other things that feed the soul.